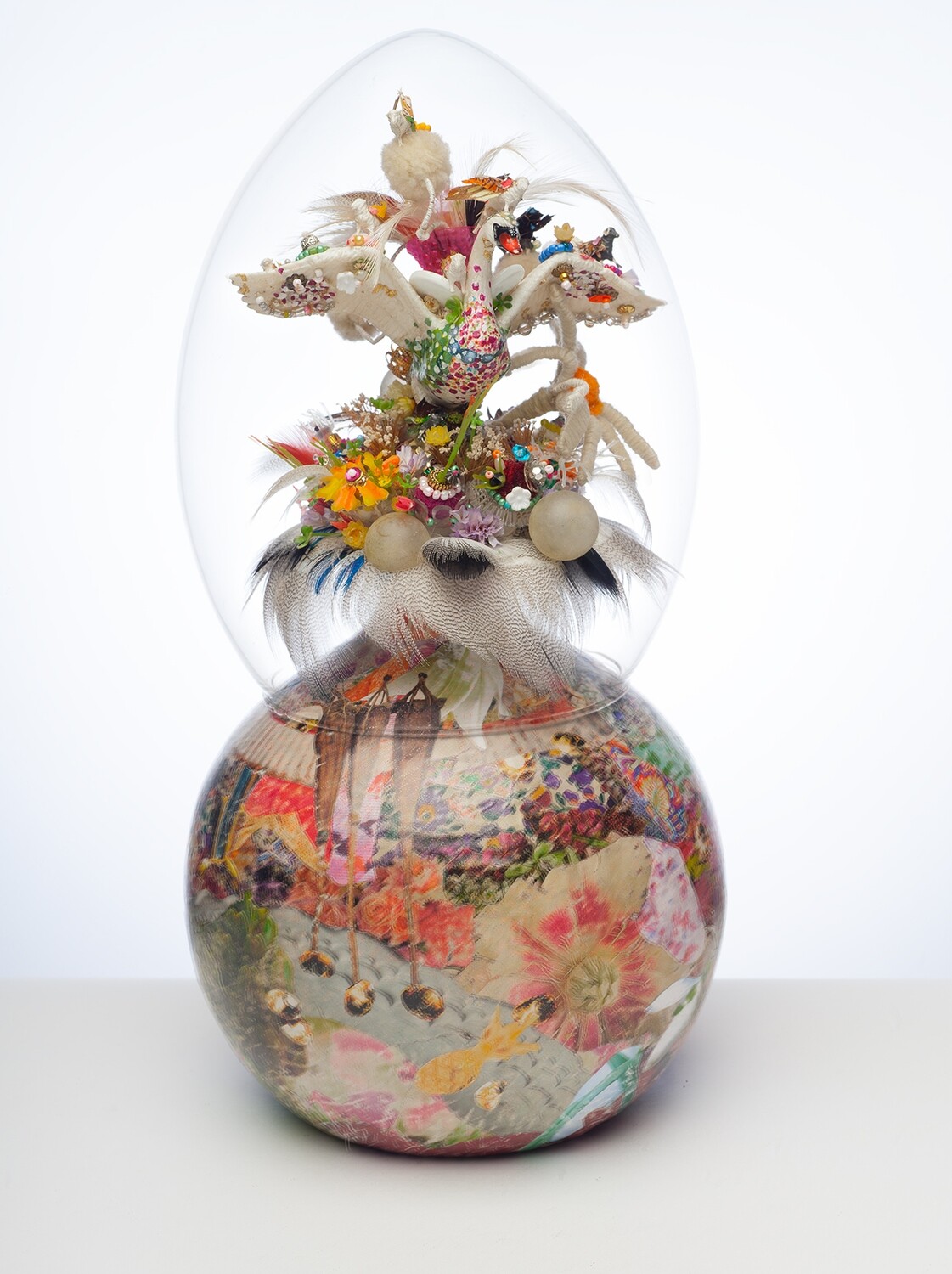 The Swan Was a Shepherdess

Glass domed Swan and mixed media on decoupage base

Reclaimed glass dome with mixed media swan story on a decoupage base.

Comes with book of the swan story ...

Carol grew up in a bird park, surrounded by feathered friends. She took her extended family for granted, and expected to meet a mate and live happily together in her familiar world.

When the park closed to allow a new train line to be built, she was separated from the tribe, and took to the air to find them. As far as she searched she could not locate her family. She flew many miles trying to spot them, but to no avail. She fell into a deep depression, and settled down each evening more forlorn than the last.

That was when the first pygmy sheep appeared. Carol felt a light thud, and saw a blur in front of her eyes. She refocused and viewed a bleating winged tiny sheep sitting on her beak.

“What the blazes are YOU? And more importantly, WHY are you perched on my bill!” she bristled.

The sheep (it was Shelby) fluttered her beautiful wings, and explained she had lost her flock, and was simply looking for them, but her wings were too tired to go much further, and she had simply dropped from the sky in exhaustion. Carol recognised her problem and felt lighter just from having someone to talk to.

She offered to taxi Shelby around to find her friends and family. It gave her a sense of enormous well-being and purpose.

As the sheep were located, one by one, (Sheeba was last) they also found that having someone in charge, making decisions, suited them, and the expanding flock asked to stay in the swan’s plumage permanently. Carol fluffed up her wings and agreed… as long as they would assist her in finding a mate, to complete their family.

Save this product for later
Display prices in: GBP